China on my mind, and a Few Other's 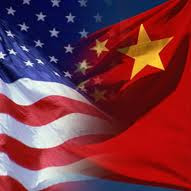 In a continuation of a post I profiled and linked here, the zenpundit Mark added this next post with differing views on China that incorporates a previously linked piece by Tom Barnett. It what I would dub as pure Zenpuntry speak, Mark cuts to the chase.


In backchannel, .mil circles, Tom is sometimes accused of being a “panda hugger” but I think that is attributable to the poverty of genuine strategic thinking that prevails in our national security community. A prerequisite in constructing a strategy is being able to “see the board” from the perspective of the other fellows shoes. If you can’t do that, you are stuck at the tactical-reactive level of analysis. Seeing another side’s perspective is an iterative advantage, not a weakness or evidence of sympathy. If you can game out their best moves before they can, then you are a strategist who has the ability to wrest maximum concessions at minimum cost to your own side.

We need more of that kind of thinking, not less; we’d make fewer mistakes ( like the kind the Chinese are making of late).


And as if to anticipate oposing views, Barnett singlehandly unleashes this battery of posts, recalling a previous consul about China; shoots holes in trade war rumors, and calls attention to voices within China, working to improve ties with the United States.

First, Barnett on the need for an alliance with China to contend with global security issues.


America needs to encourage China’s effective re-branding as an accepted worldwide provider of stability operations. The problem today is two-fold: 1) major portions of America’s military require China to remain in the enemy image to justify existing and new weapons and platforms; and 2) the Chinese military is hopelessly fixated on “access denial” strategies surrounding Taiwan, meaning it buys the wrong military for the strategic tasks that inevitably lie ahead. 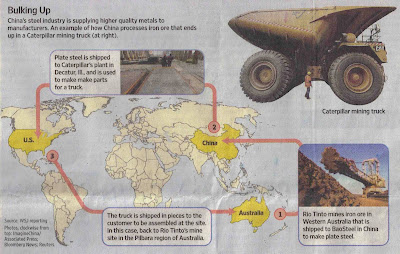 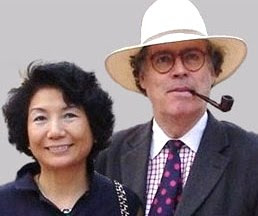 Mai Min and John Milligan-Whyte
This next post via Barnett, profiles two voices, one western, the other asian, writing from China about the importance a Sino-American Alliance would be for stability and peaceful growth in the Twenty-first century.

Once again it is John Milligan-Whyte and his partner Dai Min, who write a weekly column for both People's Daily and China Daily. If you recall, they mentioned my stuff once before, sent me a copy of one of their books, and I wrote a WPR column about it. As I said in the WPR article, their stuff is clearly biased toward the Chinese case, much as mine is biased toward the U.S. case (they make no bones about it and neither do I), but it's the best, most straightforward counterparty example I have come across on the Chinese side for Sino-American alliance in this century, so you have to take it seriously if you take that goal seriously.

And so I do find these two thinkers awfully interesting, because they're tilting at the same windmill, but on the other side, where, quite frankly, I think the receptivity is much better at this point in history (a faltering #1 is more scared and thus more inflexible than a rising #2).  Thus I see a future collaborative effort between my work and what these two are seeking to accomplish via their center and foundation.  Collectively, we're a bit rag-tag compared to the powers-that-be, but I enjoy living and working primarily on the basis of the power of my ideas, and John and Dai Min are very similar in this regard (John, arguing like a lawyer in court, and Dai Min, possessing the mind of a business-developer/marketer).

Read more:
Another Mention in the Peoples Daily

Some of the resistance as Mark eluded too, as well as Tom Barnett himself, when he depreciably notes, (of tilting at windmills) comes from some of the official political and military community from both sides who are still buried dogmatically and strategically in the leftover concrete of a Cold War Maginot Line. 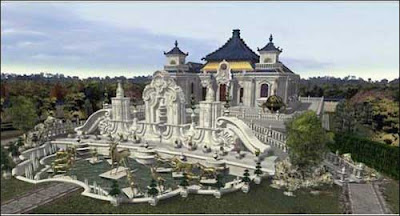 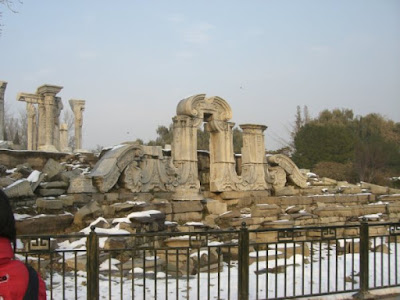 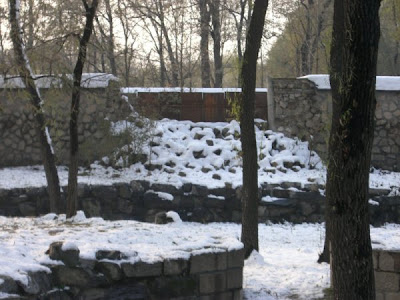 The Chinese for their part, have a rising middle ranked officer corps who have never fought a major war and are heady with rising nationalistic feelings that comes with a growing prosperity and an awakening sense of Chinese history in the context of 5000 years, much of it prosperous in counter-point to the past two centuries of decline and rapid re-emergence as a global force. Being intimately close to the Chinese mindset and understanding the importance that saving face and national humiliation plays in their physic, the national desire to regain their place in what is a growing nationalist pride in their country, carries with it a chance to amend the humiliation from past wrongs. This feeling is simmering just under the surface of Chinese society. One only has to visit the Old Summer Palace in Bejing and view the ruins of the buildings burned by the French and British armies in 1860, and again in 1900, to get a sense that all is still not forgiven. It might seem that just as the United States has several schools of thought within the military who write position papers on how to best defeat any peer or near peer, China is no different and as they move to being more transparent then the obvious veiled challenges become more apparent. One only has to note the popularity of Alfred Thayer Mahan and Zheng He within Chinese military doctrine to get a flavor of their desire to revisit lost opportunities.
The trick for the United States is to play the role of elder statesmen, instead of reacting like an aging bull that sees an emerging diplomatic juvenile upstart China, as trying to displace him from the herd. What Tom Barnett so aptly points out is thus:

....my logic of global integration and globalization's advance says this relationship must be or globalization essentially goes backward, something I don't think the planet could handle in many ways, because the sheer numbers involved in an emerging global middle class mean we've reached that all-sink-or-all-swim-together moment--resource- and cooperation-wise. Knowing my timeline on the inevitability of political pluralism in China (I target a late 2020s/early 2030s as the rough half-century mark after Deng's initial revolutionary reforms), I then see the next two decades as perhaps the most crucial in human history--as in, get the big pieces right and all works out, but set the two biggest pieces against one another, and this can all go very badly--and backwards.

And finally, one more voice calling for the United States and China to step up and solve the emerging currency war. Another sign we are both too big to let our differences stand in the way of working together.

Both China and US are at fault in currency war
Posted by HISTORYGUY99 at 7:04 PM

Fancy the content I have seen so far and I am your regular reader of your blog.

I am very much interested in adding http://hgworld.blogspot.com/ in my blog http://the-american-history.blogspot.com/.

I am pleased to see my blog in your blog list.

Hope to see a positive reply.

Thanks for visiting my blog as well !

Waiting for your reply friend !!!!!

The lessons of the Great War along with the decline & fall of Empires now clearly forgotten (leadin' to many other consequences unintended, i.e. Balkans, israel, pakistan, etc.)

IMHO the militaries of major powers should look back at how nationalism (or patriotism dependin' on your personal narrative) DEVASTATED all 'em proud powers who sought advantage & position above all other considerations.

It seems that despite bein' schooled in the Arts of War, most countries & their decision-makers have li'l foresight beyond myopic pride & even more short-sighted reckless ambition.