Why I Joined the Navy 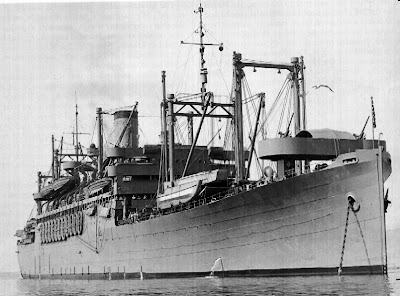 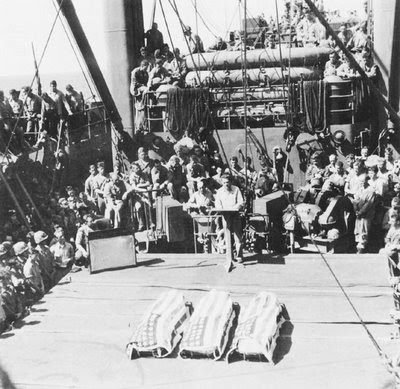 Anyone who has followed this blog for a time will know that I served in the United States Army in my youth. My pride in that service moved me to dedicate the photo of my deployment to Vietnam as "The beginning of a quest to understand our world." For the past several weeks the link above that photo calls attention to the Operation Valor Fundraiser for Soldier's Angels. Looking closer you will notice that I am supporting the Navy in their effort to beat the Army in a competition to raise money for this excellent program. Although I still love the Army, I was moved to "join the Navy" as a way of honoring the service of my father Jay B. Wade, who served in the Navy from December 8, 1941 to October 1945 A Thanksgiving Tribute to my Dad and my brother Vince who followed our father down to the sea and proudly served aboard the Spruance-class destroyer USS Ingersoll in the 1980's. Vince so loves the Navy that he served for a three years as a live aboard caretaker on the USS Hornet museum ship. His fondest memories of our dad, is the day he came home in his "Cracker Jacks" and saw our father weep with pride.
My father saw a lot of combat as a gator sailor aboard the USS Zeilin AP-9 in five campaigns from Guadalcanal, the Aleutians, and back to Tarawa and Kwajalein. He was then sent home for leave and became a plank owner on the new Essex class carrier, USS Bon Homme Richard (CV-31) and participated in 15 air strikes against the Japanese home islands, the last being recalled on August 15, 1945 the day Japan surrendered. When he came home, the transition to civilian life took it's toll and before I was six he disappeared from my life. He returned to my life after I went searching for him and found that he had passed back in 1985, leaving a legacy of three long-lost brothers, two of which I have reconnected with. My brother Vince had the strongest memories of our father, and was able to relate the lost time and how much our father cherished his service in the Navy. The stories of what our father saw and experienced only came to Vince's ears after he returned home on emergency leave as our father lay dying. They talked and Vince learned about the sights and ghosts that our father saw in his dreams every night for the rest of his life. Our dad never wavered from his pride in that service and the memories of war that were burned into the mind of a young man in the last years of his teens.
So here I stand, ready to serve to honor the spirit of my father by supporting the United States Navy in this cause to raise money for our injured service people. The cause is every bit as important as the mission they were originally tasked to complete. I urge everyone to click on the Operation Valor widget and contribute however much you can to honor the sacrifices these fine people made for all of us.
Posted by HISTORYGUY99 at 8:57 AM

A wonderful post. Though I served in the Navy, I feel a calling to do whatever I can to help Marines and corpsmen, because I know while I was out to sea carping about the lack of A/C in my closed GSE shop in the Western Pacific, the Marines and others were on the ground getting bombed and shot at on a regular basis. I feel a need to honor what they do, especially when I had it so good (4 1/2 years of sea duty and then out of the Navy wasn't so bad).

It also helps that I can kindly rib my parents (both 20 yr + Army) about their sons' devotion to all things Navy when contrasted with Army.

I am touched by the nice comments on your USNI blog.

I get your thinking. My dad carried so many young Marines to places like Tarawa and watched them die before his eyes. It never left his memory.