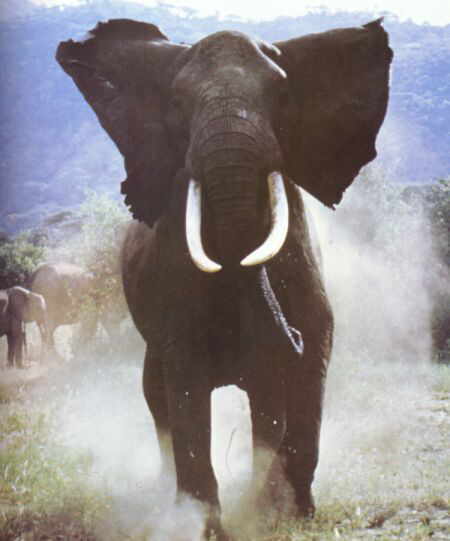 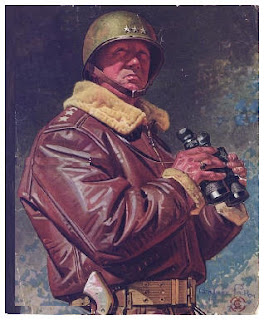 Napoleon, and later General George Patton made "Audacity, audacity, always audacity." a famous phrase encouraging bold courage in the face of great challenge. In the same vein, blog friend Mark of Zenpundit has shown intrepid audacity for calling attention to the rogue beast roaming the strategy room in the White House for the past eight years.

It is the elephant in our strategy room - if the elephant was a rabid and schizophrenic trained mastodon, still willing to perform simple tricks for a neverending stream of treats, even as it eyes its trainer and audience with a murderous kind of hatred. That Pakistan’s deeply corrupt elite can be “rented” to defer their ambitions, or to work at cross-purposes with Pakistan’s perceived “interests”, is not a game-changing event. Instead, it sustains and ramps up the dysfunctional dynamic we find ourselves swimming against. 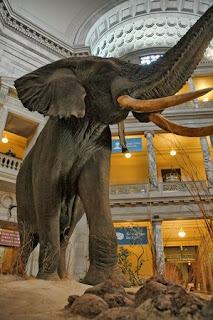 Mark is writing about a post that he linked from Dawn.com. The post itself is worth the read are many of the 200 comments. The comentary penned by Mark is masterful and as several of his readers note, is "spot-on." I think that his words ring out like Jefferson's metephoric "fire bell in the night," calling to, "America’s bipartisan foreign policy elite" to heed the warning before the mastodon turns on it's audience.

Read more: None Dare Call it A Rogue State.

After reading both Mark's post and the linked article, take the time to join the discussion or better; send a copy to your congressmen, senator, or even the White House, with a note that we are all watching and waiting for them to act with the same intrepid courage of those who call for this discussion.
Posted by HISTORYGUY99 at 8:28 PM

Much thanks HG for the link and the kind words!

I think it was "Fredrick the Great" from whom the original expression was molded. But then again, I could be wrong.

In the film "Patton", the protagonist credits Frederick The Great for those words, which begs the question: wouldn't Frederick have uttered those words in his German instead of in the French (as in the movie)?

Frederick the Great prefered to speak French. It was the language of his court and many of his writings were in French, not in his native German, a language he disliked. Frederick could not have said the phrase: "l'audace, l'audace, toujours l'audace" because he died before the start of the French Revolution in 1789. Georges Jacques Danton, however, was the author of this famous quote.