The Liberator: One Soldier's 500-Day Odyssy across Nazi Europe 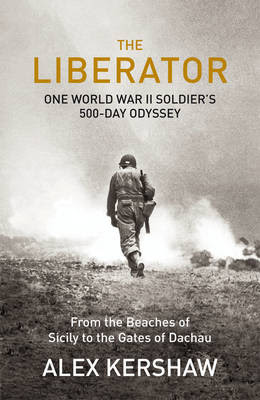 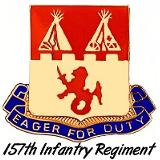 A few months ago I learned that best selling author, Alex Kershaw, was about to publish a new book about World War II. Alex, had already gained a reputation for his accurate portrayal of war in three earlier best selling books. When his latest, The Liberator  arrived, it immediately went to the top of my growing must read pile. where within a fortnight; I settled down to read about one man's 511 day and 2000 mile journey across the blood stained surface of Nazi held Europe. The story is more than one mans journey, but describes in moving detail, the men of the 3rd Battalion, 157th Regt. of the 45th Infantry Division, who fought from the beaches of Sicily, on to Salerno, and Anzio, then into the belly of Vichy France and into the deadly forests of Vosges; and finally ending inside the hell of Dachau, where to a man, they reached their breaking point. 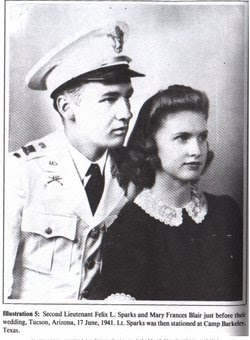 Kershaw, spent over five years researching the story of Felix Sparks, a son of depression era Arizona, who joined the Army in 1936, got out to return to school, and was called back when war threatened, becoming an officer in the federalized 45th National Guard Division. Spark's 511 day odyssey has to rank until this book, among the most under-recognized heroic epics to come out of World War II.

The reader is introduced Sparks in 1931, as he heads out into the Arizona desert to get breakfast for his depression bound family, and follows him as he proves his resourcefulness at surviving, in boxcars bound for Texas, and again, as a soldier in Hawaii who starts a photo business that pays for his return to school, and the love of his life, Mary. Global events suddenly thrust him back into uniform, where the story moves to the beaches of Sicily and the beginning of 500 plus days of combat, training, and waiting for combat again.

I will not detail too much of what happens, as Kershaw masterfully lets the story unfold like war itself, with unexpected events stopping you in your tracks, like the crack of a snipers bullet can end a conversation. Felix Sparks led, what some might call a charmed life, he was almost killed by friendly fire outside Salerno, lost his entire company defending the beaches at Anzio, and then most of his battalion, at the Battle of Reipertswiller, where Sparks heroically went forward trying to break through to his surrounded companies, and at great personal risk, carried several wounded men to safety, as the SS soldiers checked their fire, in a display of admiration for his courage. 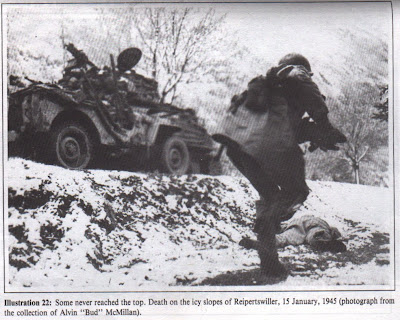 Sparks then leads a reconstituted 3rd battalion across the Rhine where they were the lead battalion in the Battle of Aschaffenburg where after ten days of bitter fighting he accepted the commanders surrender. 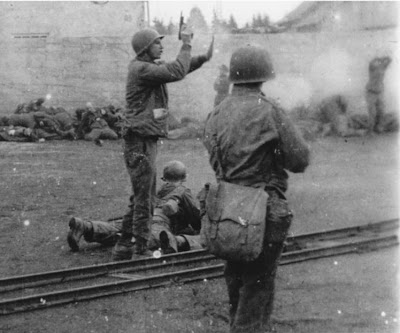 Tasked with seizing Hitler's mountain residence, Sparks leads his battalion south toward Munich, when they are diverted to the concentration camp a Dachau. What unfolds, in a few words defies imagination and sends Sparks men over the edge as they enter the camp and discover horrors beyond comprehension. Swift retribution takes hold, and Sparks with sheer will power, regains control of men, already pushed to the point insanity from the horrific scenes they had discovered.

As the war draws to a close, Sparks and the 45th fade back into civilian life. Sparks to law school and eventually a general in the National Guard, before another tragedy overtakes him, and sends him on a final crusade.

There have been a number of great books about World War II this past couple of years. They have looked a the war from the big picture, like, Inferno, by Max Hastings, and The Second World War, by Anthony Beevor, and Rick Atkinson's, The Day of Battle: The War in Sicily and Italy, but none capture the war through the eyes of someone like Felix Sparks and his fellow soldiers who contributed to making this a must read book.

Alex Kershaw has created a masterpiece that will provide a measure of immortality to the men who Felix Sparks led, and to the man himself, who shortly before he died at the age of 90, was finally nominated for the Distinguished Service Cross for his courage, at the Battle of Reipertswiller. As you will read, Sparks was denied the medal for challenging the decision of his commanding general to leave the battalion cut-off and surrounded until it was too late to withdraw. 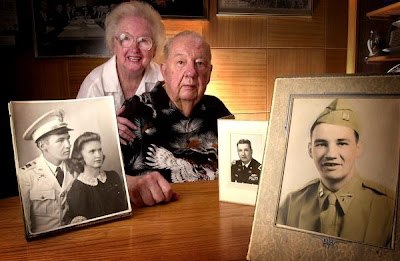 Felix and Mary
The Liberator should be at the top of the list for anyone wanting to read about this brave and intrepid soldier Felix Sparks, and the men he led, of whom nine out of ten who left America, became casualties, and a division, that no less an antagonist than Field Marshal Albert Kesselring called. "The 45th was one of the two best Divisions I have ever encountered."

This book gets my highest recommendation.
The Liberator: One World War II Soldier's 500-Day Odyssey from the Beaches of Sicily to the Gates of Dachau

Where could I find a history on civilians who were working for the Navy in repairing damaged ships after the Japanese attack on Pearl Harbor? My father was one of the civilians working under a man by the name of Titus Y Fong. My father and mother have passed away and have been, so far, unable to find any specific history regarding Titus Y Fong and a list of individuals who worked for him during that time.